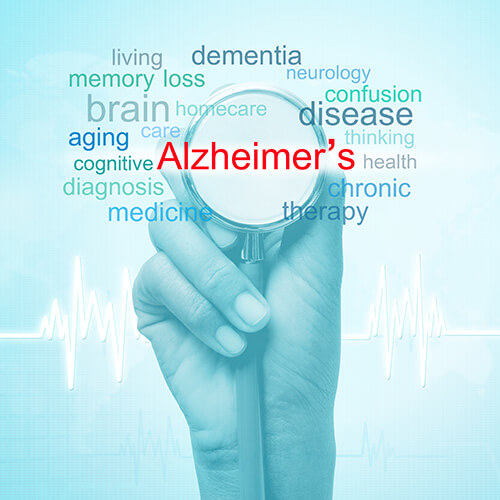 Though many people use the terms dementia and Alzheimer’s interchangeably, these conditions are not the same. It’s important to know how to differentiate between the two in case your elderly loved one begins to show warning signs of cognitive decline. In an effort to educate your family, Roseville home care, Rocklin, and Roseville dementia home care experts explain some of the main differences between dementia and Alzheimer’s disease.

Is It a Set of Symptoms or Is It the Underlying Cause of the Symptoms?

The term dementia is used to refer to a range of symptoms, including memory loss, language difficulty, and poor judgment. It is not a disease in and of itself, similar to saying someone has a sore throat. The sore throat is a symptom, but the underlying cause may be a cold, allergies, or even strep. Alzheimer’s is a specific disease and is the underlying cause of approximately 50 to 70 percent of dementia cases.

What Is Causing the Condition?

The symptoms of dementia can be caused by any number of factors, including drug interactions, vitamin deficiencies, or even a simple urinary tract infection. Alzheimer’s is caused by a specific brain abnormality. Proteins known as beta-amyloid and tau accumulate in the brain and cause plaques and tangles that interfere with the ability of nerve cells to communicate. This eventually leads to cell death and brain atrophy.

Is the Condition Reversible or Not?

Depending on the underlying cause, dementia is sometimes reversible. For example, dementia caused by a drug interaction often resolves once the medication is discontinued. However, Alzheimer’s has no cure and is progressive in nature. Although current treatments may help slow the progression of the disease, there is no way to reverse damage to the brain that has already occurred.

How Accurate Is the Diagnosis?

The underlying cause of dementia symptoms can be diagnosed in approximately 90 percent of cases. This is usually accomplished through blood tests, brain scans, neuropsychological tests, and mental evaluations. Symptoms, medical history, and the absence of other potential causes of dementia may lead a doctor to conclude the underlying cause is Alzheimer’s disease. However, Alzheimer’s can only be confirmed after death by examining the brain for the characteristic plaques and tangles associated with the disease.

Though there is no surefire way to prevent dementia or Alzheimer’s, it is possible to reduce the risk. If your loved one needs more mental stimulation in his or her life, turn to Roseville Home Care Assistance, a leading provider of dementia and Alzheimer’s care in Lincoln. Our proprietary Cognitive Therapeutics Method (CTM) was designed to slow cognitive decline in the elderly and delay the onset of dementia through the use of mentally engaging activities. For more information on CTM and the elder home care Lincoln families trust, call one of our knowledgeable Care Managers at (916) 226-3737 to schedule a free in-home consultation.